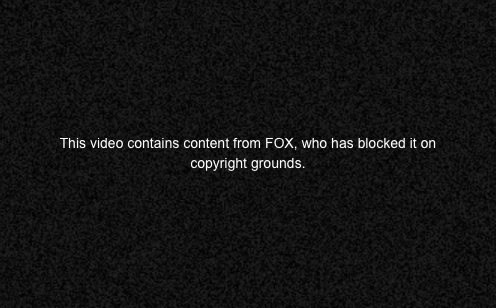 I was a late adopter to YouTube. I never liked that it used only Flash to display its videos in its early days, making my over-clocked PowerBook get hot from watching a video. I also disliked the low default resolution of its videos. For years, the typical YouTube video had 360 lines of horizontal resolution, which was fine for watching on the web, but if you wanted to use it for close study, you were almost better off watching a VHS and certainly better off finding a DVD.

Over time, I began using it here and there for quickly locating films I hadn’t seen in years. For example, in my experimental film class, YouTube was useful for compiling a screening list. I could locate films I considered screening, and verify that they matched my memory of them. In this case, YouTube was a wonderful resource for teaching and research.

But today, YouTube reminded me how it can be a terrible resource for teaching and research. As a way to search for a specific video, it’s great. But treating it like an archive will disappoint you. It’s simply too impermanent to use as reliable teaching tool. Some videos are so evanescent—here yesterday, gone today— that they may as well have never have existed on the site.

On a WordPress site for my American Film Industry class, I posted separate entries for two films we referenced in the class. Each entry included a embedded video clip from YouTube. As I went to look for review those entries today, the two clips are gone. The poster image for a clip from Will Success Spoil Rock Hunter? on YouTube.

The first entry included an embedded YouTube clip from a somewhat forgotten film, Will Success Spoil Rock Hunter? (1957). The clip was of an “intermission” towards the end of the film, where the lead actor, Tony Randall, breaks the fourth wall and addresses the audience. As US audiences of the 1950s abandoned the movie theater for the comfort of watching television at home, this forced intermission reminded audiences of the sacrifices television viewing demanded they make: a smaller picture, radio interference, vertical scroll, and snow. And of course, let’s not forget about the interruptions from advertisers, which are an object of satire in this film about advertising.

Although a poster image for the clip still appears on the blog entry, the embedded clip will not play. The error notice indicates that the clip was taken down because the “video contains content from Fox, who has blocked it on copyright grounds.” Fox does indeed own the rights to the film, as the film was released by 20th Century-Fox and will hold the copyright until the middle of this century. But the clip hosted on YouTube allowed me to use it in accordance with fair use doctrine. My use of the clip was for comment and criticism and constituted only a part of my blog post, albeit an important part. The short clip on YouTube and my associated blog post could even serve as promotion for a forgotten film that could be resuscitated. Depictions of the American mid-century advertising industry might have been exploited some years ago. Instead, the clip was taken down, and the film will remain in obscurity.

I posted the second entry, on Jean-Luc Godard’s Breathless, to demonstrate the influence of the French New Wave on Bonnie and Clyde. The clip demonstrated the use of jump cuts in the film. As any student of cinema knows, Breathless popularized the use of the jump cut, and it gave young filmmakers of the 1960s a feeling of “breaking the rules.”Arthur Penn used it extensively, most noticeably in the opening sequence of the film when Bonnie Parker is filled with ennui in her room and becomes excited when a stranger comes to her home. 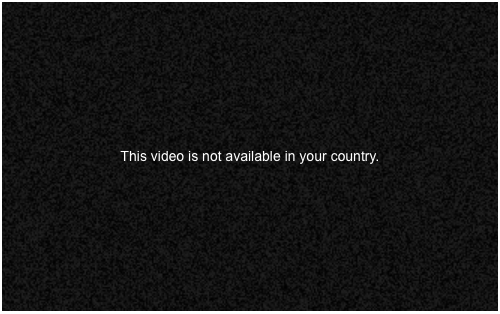 When I went to review the blog post, the clip was gone. YouTube indicates that the “video is not available in your country.” It’s seriously disappointing that the clip is gone because it robs my students the opportunity to see the nine jump cuts in a thirty-five-second sequence. To demonstrate this, I either have to search for another YouTube clip that will be undoubtedly be blocked in the future or resort to circumventing the copy protection on a DVD to extract that clip.

This entry was posted in Film, Film Industry, Lectures. Bookmark the permalink.